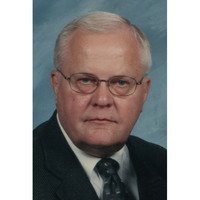 Roger Fredericks, age 78 of Salem, died from Parkinson’s disease on Thursday, April 23, 2020 Roger was born on July 23, 1941 in Hampton, Iowa the son of John and Evelyn (Rodemeyer) Fredericks. On May 3, 1969 he married Janet Kronlage in Prairieburg, Iowa and she survives in Salem. In addition to his wife, Janet Fredericks, he is survived by four children, Tracy Rew and husband Robert of Iowa City, Iowa, Michelle Huss and husband John of Cincinnati, Ohio, Travis Fredericks and wife Teresa of Edwardsville and Kevin Fredericks of St. Louis; one sister, MaryLou Perry and husband Russell of Humboldt, Iowa; and seven grandchildren, Matthew, Michael and Samuel Rew, Lillian and Evelyn Fredericks and Joseph and Bethany Huss. He was preceded in death by his parents. Roger was a member of St. Theresa of Avila Catholic Church in Salem. He worked as a farmer and later as a Commercial and Agricultural Lender. He served in the National Guard. Memorial Services will be announced at a later date. Crouse Funeral Home is assisting the family.