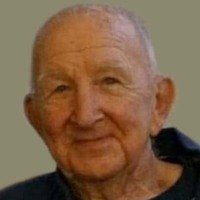 Johnny Dale Henke, age 85 of Kinmundy, passed away on Monday, March 29, 2021 at Mercy Hospital in St. Louis, surrounded by his family. Dale was born on February 23, 1936 at home in Omega, the son of Johnny and Josie (Whitney) Henke. He married Roxey “Cookie” West on September 11, 1971 in Mt. Vernon and she survives in Kinmundy. In addition to his wife, Roxey “Cookie” Henke, he is survived by four children, John Henke and wife Sue of Salem, Jay Henke and wife Beth of Salem, Kim Henke of Kinmundy, and Johnny Henke and wife Hannah of Herrin; eight grandchildren, Justin, Jared, Josiah, and Isaiah Henke, Chase Riley, Jillian Wilkins, Bryan Johnson, and Tammy Frailey; nine great-grandchildren; one brother-in-law, Ed Klingbeil of Highland; several nieces and nephews; and several “adopted” children and grandchildren who he loved deeply. He was preceded in death by his parents; one infant daughter, Julie Henke; one grandson, Tony; and three sisters, Thelma Lane and husband Harold, Vera Klingbeil, and Susie Brannon and husband Gene. Dale was baptized in the old Brown Christian Church. He was a faithful attendee at various churches in the Kinmundy area. He worked as the saw mill manager for the Blue Grass Cooperage, and later as an independent lumber jack who could drop a tree on a dime. After retirement he worked as a Security Guard at World Color Press. He was an avid St. Louis Cardinals fan, and you didn’t dare interrupt him while the game was on. He always enjoyed visiting with people, never meeting a stranger. He always had a joke or story to tell, no matter if you had heard it 100 times before. He was always willing to help others with his numerous talents. If you ever met him, you never forgot his sparkling blue eyes or his heart-warming smile. Funeral Services will be held at 11:00 am on Saturday, April 3, 2021 at Kinmundy Christian Church in Kinmundy with Shannon Bopp officiating. Burial will follow at Elder Cemetery in Kinmundy. Visitation will be held at Crouse Funeral Home in Salem on Friday, from 5:00 pm until 7:00 pm. Memorials can be made to the family and can be received at the funeral home. To plant Memorial Trees in memory of Johnny Dale Henke, please click here to visit our Sympathy Store.