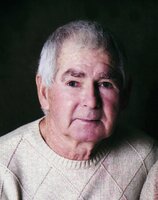 Lonnie McClain, age 80 of Iuka, passed away on Friday, December 3, 2021 at Countryside Manor in Mt. Vernon after a battle with Parkinsons. Lonnie was born on July 15, 1941 in Haines Township, IL the son of Alvin and Gladys (Thomas) McClain. He married Vickie (Marshel ) McClain on November 9, 1968 in Sims, IL and she survives in Iuka. Survivors include his wife, Vickie; children, Robert McClain and wife Kelly of Haubstadt, IN, Brandon McClain and wife Mary Beth of Winchester, TN, and Hollie Arnold and husband Mat of Iuka; grandchildren, Nathan, Allison, Logan, Bailey, and Ava McClain and Caden and Emry Arnold; brothers, Leo McClain of Centralia and Don Wilkins and wife Janet of Salem; sister, Bireca Stroud of MO; and a sister in- law, Sue McClain of Centralia. Lonnie was also survived by several special nieces and nephews. He was preceded in death by his parents, a brother, Lloyd McClain, and three sisters, Irene Sill, Altris Wimberly, and Pauline Wood. Lonnie served his country in the United States Army from 1963 – 1965. He worked for 22 years as a carman welder for the Illinois Central Railroad and later went to work at NAL. He enjoyed hunting, fishing and metal detecting, but most of all loved to spend time with his grandchildren. Funeral services for Lonnie McClain will be held on Monday, December 6, 2021 at 1:00pm at the Pleasant Grove Baptist Church in Iuka with Jonathan Timm and Lance Tate officiating. Burial will follow at the Pleasant Grove Baptist Church Cemetery. There will be a visitation on Monday from 11:00am until the time of the service. Memorial contributions can be made to the Pleasant Grove Baptist Church Cemetery Fund and can be left at Crouse Funeral in Salem who is assisting the family with arrangements. Online condolences can be made at www.CrouseFH.com or on the funeral homes Facebook page.